Poke the Guy pokie game from Microgaming is a phenomenon in the casino world. It plays out like a high-speed, high-tech video game with enhanced mini-games and extra interactive features. It plays out on a single gaming screen where all the actions happens. The big, brash ‘guy’ leaps across the globe, trashing historical monuments and players have to shoot him down with a slingshot. Sounds exciting! 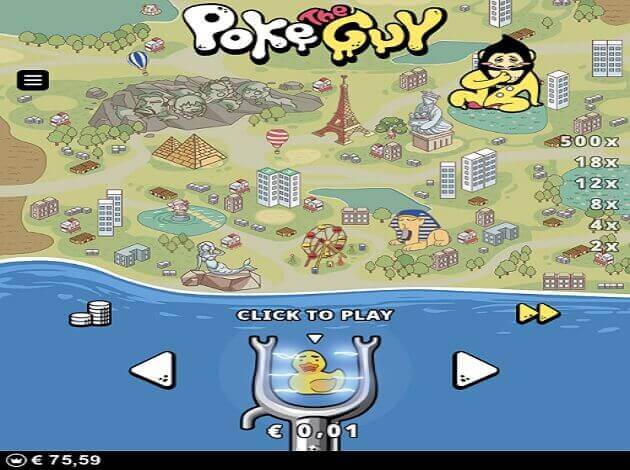 Features and Symbols in Poke the Guy

Poke the Guy pokie game from Microgaming is a silly, exciting pokie game with a twist. It plays out like a video game instead of a tradition pokie – there’s no reels or pay-lines. Instead the pokie game plays out on an open background based loosely on the world map. Stop the guy with missiles shot from a slingshot before he destroys all the iconic statues from around the world. Brave players who take this exotic pokie game for a ride can look forward to a potential 500x jackpot, plus 2x, 4x, 8x, 12x, 18x multipliers on any win. Play Poke the Guy pokie game at top NZ online casinos.